If you are interested in poignant romantic women's fiction, read Lean on Me by acclaimed inspirational romance author Pat Simmons. After you read the book, join the discussion here!

To borrow the title, go to mywpl.org. Under Resources, select eBooks and Digital Media. Then click on OverDrive to go to the digital catalog to check out the book.
Posted by Jen No comments: Links to this post

Guide to the Gods 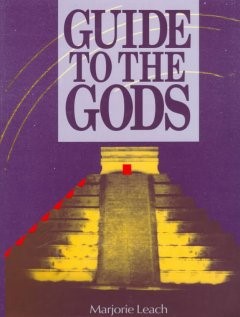 What else can be said about Marjorie Leach’s Guide to the Gods that has not already been said?  Curious theologians and students of mythology alike will love this tome that covers deities from every culture and region of the world.  This essential volume contains all the gods you know and love, and many you have never even heard of, from a kung rum, “one of the four creators of female beings” to Zywie, a polish goddess of health and life and longevity.

While exhaustive in its scope, the Guide to the Gods is not immediately intuitive to use.  Leach groups the world’s pantheon of deities into eight major categories: Cosmogonical Deities, Celestial Deities, Atmospheric Deities, Terrestrial Deities, Life/Death Cycle Deities, Economic Activities, Socio-cultural concepts, and Religion.  These major categories are generally sensible and have their own subcategories, but may not be immediately intuitive.  Hunting gods, for example, are found in the ‘Economic Activities’ category.  If you know the name of the god which you seek however, the index in the back will help you quickly find what you seek.

Despite organizational foibles, Leach’s Guide to the Gods is the go-to reference book for all your god-identification needs, be they every day or esoteric.

Posted by Librarian Ben No comments: Links to this post

The Green Book of Songs by Subject 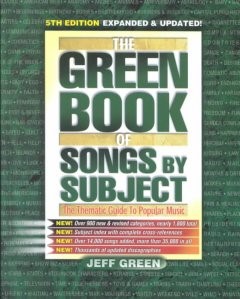 For those of us who listen to music for the lyrics, the Jeff Green’s Green Book of Songs by Subject is a gem.  With the Green Book, you can find a veritable litany of songs on just about any subject, from advice (Be Good to Yourself, Journey) to youth (Only the Good Die Young, Billy Joel), and everything in-between.

Using Green’s book is easy and entertaining.  The Green Book is arranged by major thematic areas, which are broken down into sub-categories.  An index in the back allows users to quickly find their quarry, and the subcategories themselves make for an interesting browse – how many types of songs about love can there be?

Whether you are a DJs or musician looking too create thematic set lists, a music geek who wants to know all the songs about Mondays, or a lovelorn troubadour looking to create the perfect playlist for your broken heart, The Green Book has what you need.

Posted by Librarian Ben No comments: Links to this post

Artist Grant Wood was born in Iowa on February 13th in 1892. He attended the Chicago Art Institute and visited Paris. It was in Europe, where artists gathered to sip brandy and wait for inspiration, that Wood realized all his best ideas came to him while milking cows. He returned to Iowa where he became a cornerstone of the Regionalist Movement, in which artists adopted the style of American folkloric painting. Regionalists like Wood painted the people and places they knew best located within the American heartland.

Wood is perhaps best known for his painting American Gothic from 1930. In it, a man and a woman stand side-by-side in front of a farmhouse with a Gothic-style window, and the man holds a pitchfork. Wood used his sister and dentist as models. Though many viewed the painting as a satirical view of rural American life, Wood declared that it showed the resilience of two Midwesterners on the frontier. This idea took hold during the Great Depression, but when the Depression had ended and WW II was over American Gothic fell out of favor. Many Americans wanted to forget the hard times.

If you’d like to learn more about Grant Wood and one of America’s most famous paintings, here are a couple books to try. 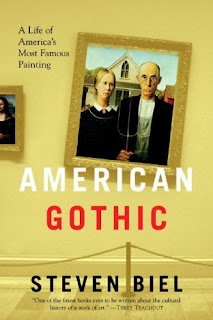 American Gothic: A Life of America’s Most Famous Painting by Steven Biel
Steven Biel explores the enduring life of America's most popular painting. American Gothic has been interpreted as both a critique and a celebration of rural life, and it seems to speak deeply to our ideas and feelings about American-ness. The image was first seen as a critique of Midwestern Puritanism and what H.L. Mencken called "the booboisie." During the Depression, it came to represent endurance in hard times through the quintessential American values of thrift, work, and faith. Later, in television, advertising, politics, and popular culture, American Gothic evolved into parody - all the while remaining a lodestar by which one might measure closeness or distance from the American heartland. 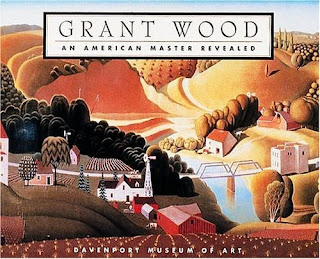 Grant Wood: An American Master Revealed by Brady Roberts
Grant Wood's paintings epitomized the Regionalist movement and attracted an immense audience. This book, published as the catalog for the traveling exhibit which premiered at the Davenport Museum of Art in Iowa (1995), is richly illustrated with some sixty of Wood's paintings and preparatory studies. The text examines Modernist influences on the artist, specifically in relation to his abstract design principles and the lasting influence of Neo-Impressionism on his painting.
Posted by Devon No comments: Links to this post

Worcester Main Library has displays throughout the library, highlighting our diverse collection. Our displays change out monthly to make way for a new display.

However, on the 2nd floor, we have created a permanent display inspired by our patrons' book preferences, titled Always Wanted. The display will hold titles our patrons always check out. Topics range from the occult, to tattoos, to true crime, to self-help. 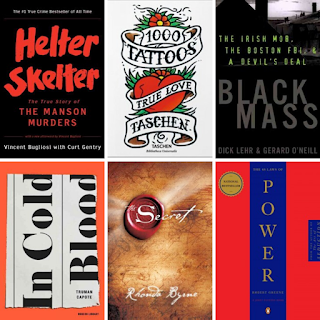 Browse and reserve titles in our catalog or visit the 2nd floor of the Main Library. 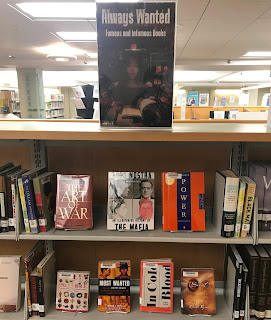 Posted by Jen No comments: Links to this post 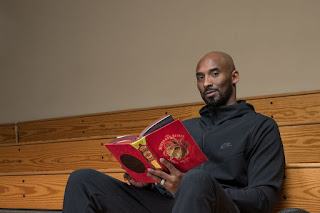 A five-time NBA champion and three-time Olympic gold medalist, Kobe Bryant`s talent was a source of awe for all who watched him. After retiring, Kobe moved onto other endeavors, ones which earned him an Academy Award and a spot on the New York Times Bestsellers list. 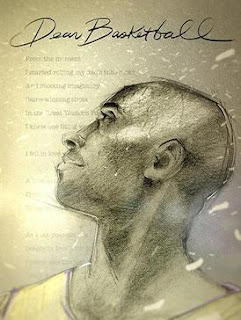 Dear Basketball
In 2018,  Kobe Bryant and director Glen Keane won the Academy Award for Best Animated Short Film, making him the only professional athlete to win an Oscar. The film was based on Bryant`s poem of the same name which was published on The Players Tribune in 2015 when he announced his retirement. In the poem he recounts when he fell in love with basketball and all that it gave to him. In 2015 Bryant met with Glen Keane, a Disney animator who worked on many classic films including Beauty & The Best, Aladdin, & Pocahontas. Keane says they bonded over their love of Beethoven, which solidified their creative relationship.

Watch a one minute preview of the film here 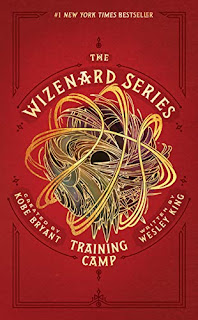 Published in May 2019, the Wizenard Series was created by Bryant and written by Wesley King. Mixing basketball and magic, the young adult story focuses on the West Bottom Badgers, a down on their luck team that gets inspiration from their new coach, Professor Wizenard. This series is part of Bryant`s Granity Studios, a multimedia organization that provides content for youth. In an interview published in Parade magazine two days before his death, Bryant said "I created Granity Studios as a way of teaching valuable life lessons to the next generation, with whatever they hope to do. The goal is to encourage children to develop their own inner magic and believe they can achieve the impossible and do so in a fun way.” The next installment in the series, Season One, will be published in March. Bryant`s other recent publications include Legacy & The Queen written by Annie Matthew and The Tree of Ecrof written by Ivy Claire. 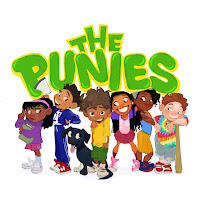 The Punies is a podcast that tells the story of a young boy named Puny Pete who plays sports with his neighborhood friends, an eclectic group of kids known as the Punies. Being a father of four, Bryant knew that kids tend to tune their parents out after a while. The idea for the podcast was to give kids advice on leadership and teamwork in a way that was more receptive to them. Written by Jon Haller, this podcast is available on the Granity Studios website.

Bryant was also working on a children`s book with author Paulo Coehlo, writer of The Alchemist, which is said to be one of Kobe`s favorite books. The story he was writing with Coehlo was meant to inspire underprivileged children to overcome adversity through sports. After Bryant`s passing, Coehlo announced that he had deleted the draft. 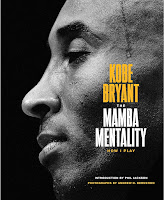 In Mamba Mentality, Kobe Bryant shared his knowledge of basketball and how he prepared himself physically and mentally to become an NBA legend.

The Alchemist by Paulo Coehlo

An Andalusian shepherd boy named Santiago travels from his homeland in Spain to the Egyptian desert in search of a treasure buried in the Pyramids. Along the way he meets a Gypsy woman, a man who calls himself king, and an alchemist, all of whom point Santiago in the direction of his quest. No one knows what the treasure is or if Santiago will be able to surmount the obstacles along the way. What starts out as a journey to find worldly goods turns into a discovery of the treasures found within. Click here to place a hold.

The Track Series by Jason Reynolds

Recommended to him by his daughter Gianna, Kobe Bryant thought this series would help parents understand their athlete children and help kids overcome obstacles in life and sports.