Check out these highly anticipated September releases featuring fiction and nonfiction titles. Click on the title to request a copy or get your name on the waitlist. Don’t forget to watch for more featured releases next month! 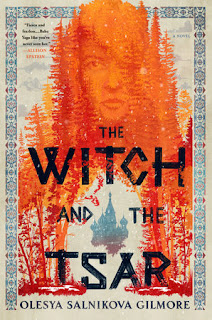 The Witch and The Tsar by Olesya Salnikova Gilmore
As a half-goddess possessing magic, Yaga is used to living on her own. She mostly keeps to her hut in the woods, where those in need of healing seek her out, even as they spread rumors about her supposed cruelty and wicked spells. But when her old friend Anastasia-now the wife of the tsar, and suffering from a mysterious illness-arrives in her forest desperate for her protection, Yaga realizes the fate of all of Russia is tied to Anastasia’s, and she must step out of the shadows to protect the land she loves. 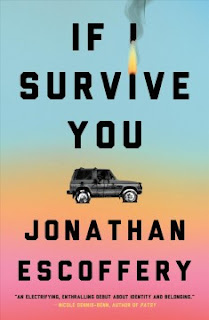 If I Survive You by Jonathan Escoffery
In the 1970s, Topper and Sanya flee to Miami as political violence consumes their native Kingston. But America, as the couple and their two children learn, is far from the promised land. Excluded from society as Black immigrants, the family pushes on through Hurricane Andrew and later the 2008 recession, living in a house so cursed that the pet fish launches itself out of its own tank rather than stay. But even as things fall apart, the family remains motivated, often to its own detriment, by what their younger son, Trelawny, calls "the exquisite, racking compulsion to survive." 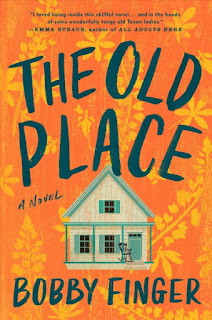 The Old Place by Bobby Finger
For the first time in nearly four decades, Mary Alice Roth is not getting ready for the first day of school at Billington High. A few months into her retirement, Mary Alice does not know how to fill her days. At least there’s Ellie, who stops by each morning for coffee. When Mary Alice’s sister arrives on her doorstep with a staggering piece of news, it jeopardizes the careful shell she’s built around her life and puts her friendship with Ellie at risk. 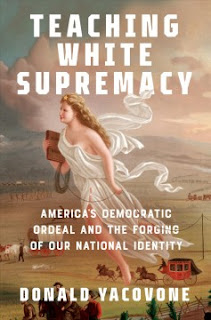 Teaching White Supremacy by Donald Yacovone
A powerful exploration of the past and present arc of America's white supremacy--from the country's inception and Revolutionary years to its 19th century flashpoint of civil war; to the Civil Rights movement of the 1960s and today's Black Lives Matter. 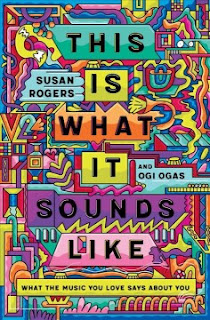 This is What it Sounds like by Susan Rogers & Ogi Ogas

This Is What It Sounds Like is a journey into the science and soul of music that reveals the secrets of why your favorite songs move you. But it’s also a story of a musical trailblazer who began as a humble audio tech in Los Angeles to became Prince’s chief engineer for Purple Rain, and then create other No. 1 hits (including Barenaked Ladies' "One Week") as one of the most successful female record producers of all time. 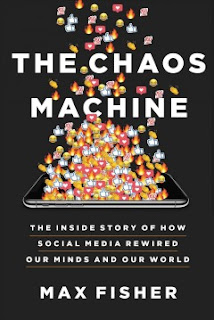 The Chaos Machine by Max Fisher
We all have a vague sense that social media is bad for our minds, for our children, and for our democracies. But the truth is that its reach and impact run far deeper than we have understood. Building on years of international reporting, Max Fisher tells the gripping and galling inside story of how Facebook, Twitter, YouTube, and other social networks, in their pursuit of unfettered profits, preyed on psychological frailties to create the algorithms that drive everyday users to extreme opinions and, increasingly, extreme actions.
Posted by LibrarianTara No comments:

August 13th is the last day to join the Read Beyond the Beaten Path Adult Summer Reading Challenge!  For our grand prize, log at least 10 books for two chances to win a MoMA book lamp!
Find your next great read at our Reader's Corner, which features books recommended by WPL staff, or try one of our Bundles if you'd like a librarian to select books, magazines or DVDs for you. For information on adult classes and programs, visit mywpl.org.
Enjoy these book reviews submitted by your fellow patrons through our WooReads challenge. 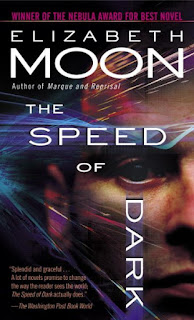 The Speed of Dark by Elizabeth Moon
Brilliantly done. It is mostly first-person narration, with some 3rd-person, and the style differences brilliantly convey the shifts in POV and also create the narrator character for us. This is the "Flowers for Algernon" of the 21st century. But it has a happier ending. ~Amy W. 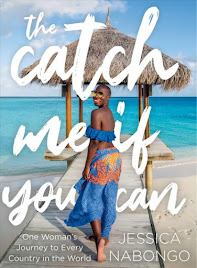 The Catch Me If You Can by Jessica Nabongo

The Catch Me If You Can documents the journey of the first Black woman to travel to all 195 countries. Warning: causes bouts of envy and serious wanderlust. ~Mary T. 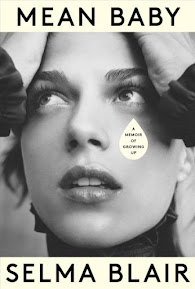 Mean Baby by Selma Blair
This was an easy summer read. It's amazing how many doctors Selma consulted over the years before anyone ordered the MRI that revealed her chronic illness when it was quite advanced and required a potentially-dangerous treatment. About half the book is about Selma's childhood and school years, which she tells in a wonderfully humorous way. Highly recommend!
~Linda J. 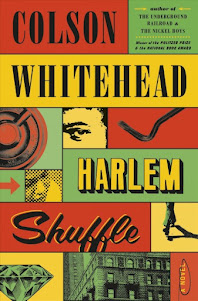 Harlem Shuffle by Colson Whitehead
I swear, Colson Whitehead can write anything. He takes all manner of popular genres and turns them into high quality literary fiction. He's done it with the Zombie novel, historical fiction, magical realism. And now with a crime novel that is at the same time a love letter to New York City and particularly Harlem. ~Dale R.
Posted by LibrarianTara No comments:

Join the Read Beyond the Beaten Path Adult Summer Reading Challenge for a chance to win a $30 gift card to a local restaurant or a handmade, high quality National Park mug. All you have to do is log at least 3 books or 3 activities to be entered into the drawings. For our grand prize, log at least 10 books for two chances to win a MoMA book lamp!
Spend your days on the beach with one of these popular novels from our Beach Reads booklist.
Try one of our Bundles if you'd like a librarian to select books, magazines or DVDs for you. For information on adult classes and programs, visit mywpl.org.
Enjoy these book reviews submitted by your fellow patrons through our WooReads challenge. 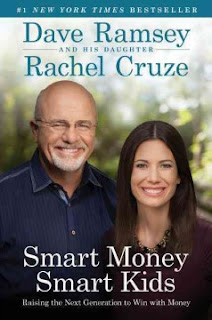 A great read on financing and teaching money skills to kids. Not boring like most financial books. ~ Bianca L. 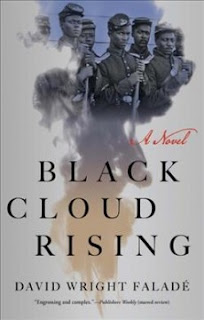 Interesting, fictional account of Union troops in Civil War that were manned by freed and runaway slaves. ~ Karen L. 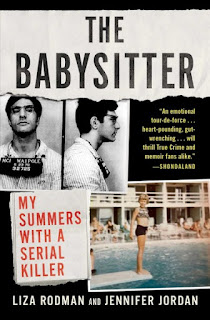 It's an interesting read. Liza Rodman was barely 10 years old when she met Tony Costa, and much of her experience with him was positive. I was left wondering if she still had positive feelings towards him. While the book explained his devilish side, I felt her characterization of him was more sympathetic/empathetic/tender. ~ Mary T. 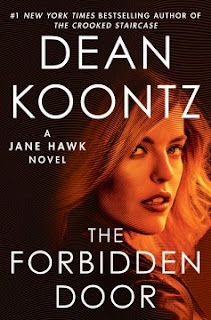 The Forbidden Door by Dean Koontz

Enthralling read. I can't wait to get my hands on the next book in the series. ~ Sandra B.
Posted by LibrarianTara No comments:

Together We Read: The Girl in His Shadow by Audrey Blake 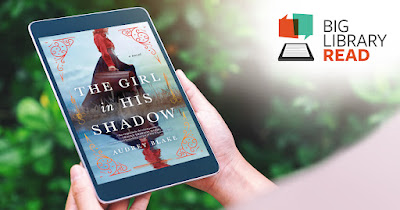 From July 13-27, library users can participate in the Big Library Read featuring The Girl in His Shadow by Audrey Blake. This eBook club connects readers with the same book at the same time without any waitlists or holds. Download the discussion guide to start a conversation with other readers. You can also visit the discussion board to share your thoughts.

The Girl is His Shadow is an unforgettable historical fiction novel about one woman who believed in scientific medicine before the world believed in her. Raised by the eccentric surgeon Dr. Horace Croft after losing her parents to a deadly pandemic, the orphan Nora Beady knows little about conventional life. While other young women were raised to busy themselves with needlework and watercolors, Nora was trained to perfect her suturing and anatomical illustrations of dissections.

Women face dire consequences if caught practicing medicine, but in Croft’s private clinic Nora is his most trusted—and secret—assistant. That is until the new surgical resident Dr. Daniel Gibson arrives. Dr. Gibson has no idea that Horace’s bright and quiet young ward is a surgeon more qualified than even himself. In order to protect Dr. Croft and his practice from scandal and collapse Nora must learn to play a new and uncomfortable role—that of a proper young lady.

-Click here to borrow The Girl in His Shadow. To read this book on a handheld device, download the Overdrive app or Libby app.
-Read a letter from Audrey Blake.
-Join the hosts of the Professional Book Nerds podcast for an interview with Audrey Blake on July 26th at 2 pm EST. Register here.
-Share your thoughts on social media by using #biglibraryread to be entered to win a Big Library Read giveaway bag. See official rules here.
Posted by LibrarianTara No comments:

Join the Read Beyond the Beaten Path Adult Summer Reading Challenge for a chance to win a $30 gift card to a local restaurant or a handmade National Park mug. All you have to do is log at least 3 books or 3 activities to be entered into the drawings. For our grand prize, log at least 10 books for two chances to win a MoMA book lamp!

July is National Ice Cream Month! Browse this booklist titles to learn more about this perfect summer treat and how to make your own!

Try one of our Bundles if you'd like a librarian to select books, magazines or DVDs for you. For information on adult classes and programs, visit mywpl.org.

Enjoy these book reviews submitted by your fellow patrons through our WooReads challenge. The Woman They Could Not Silence by Kate Moore 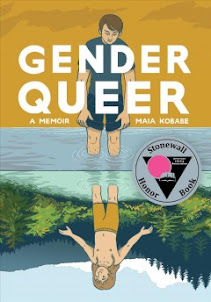 A graphic novel aimed at young adults but for everyone about growing up trans while learning as they go. I have trans friends and am a supporter of the community but have never talked to anyone about the day to day struggles pre transition. This had a level of depth that led to a visceral understanding of the experience. Should be required reading. ~ Jen M. 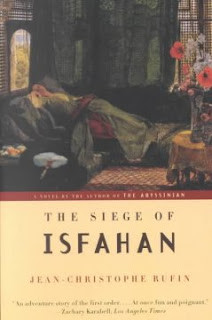 The Siege of Isfahan by Jean Christophe Rufin

A little bit of romance, a little bit of politics, a little bit of religion, a lot of adventure. In The Siege of Isfahan, we find the apothecary happily living in Persia with his wife and daughter. Unfortunately, a friend is in trouble; the Afghans are at the gates; more romance, more adventure...if possible, this book is even better than its predecessor. If you like a bit of history with your swashbuckling, this is your book. Don't let the small print dissuade you: it's a quick read! ~ Nicole A. Supreme Inequality by Adam Cohen
This book was so informative and connected everything together in a seamless way.             ~ Tyesha P.
Posted by LibrarianTara No comments: